Posted on March 16, 2014 by Admin under Uncategorized
Leave a comment 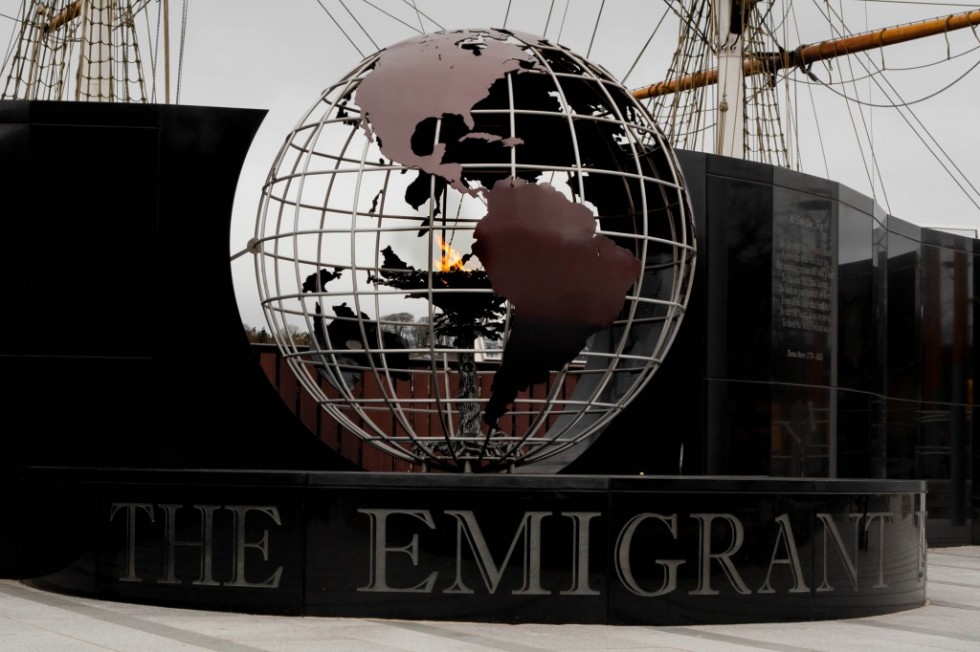 As so many have left the country over the last few years it is fitting that they are remembered on our national holiday. As I watch the celebrations all over the world it is obvious how this small little island on the outer edge of Europe influences the rest of the world.

The structure was built in honour of the 50th anniversary of John F Kennedy’s visit to Ireland. The flame was originally lit from the Eternal Flame at the Presidents graveside in Arlington Cemetery and transported to New Ross County Wexford. Here the Emigrant Flame was lit by Caroline Kennedy and Jean Kennedy Smith in a ceremony on the quay side in front of the Dunbrody Famine Ship.

The morning after the spectacular gathering to mark the anniversary, without fanfare or fuss, a car stopped outside the flame and Jean Kennedy Smith stepped out. In true Irish style she was respectively left to her thoughts as she viewed the memorial.